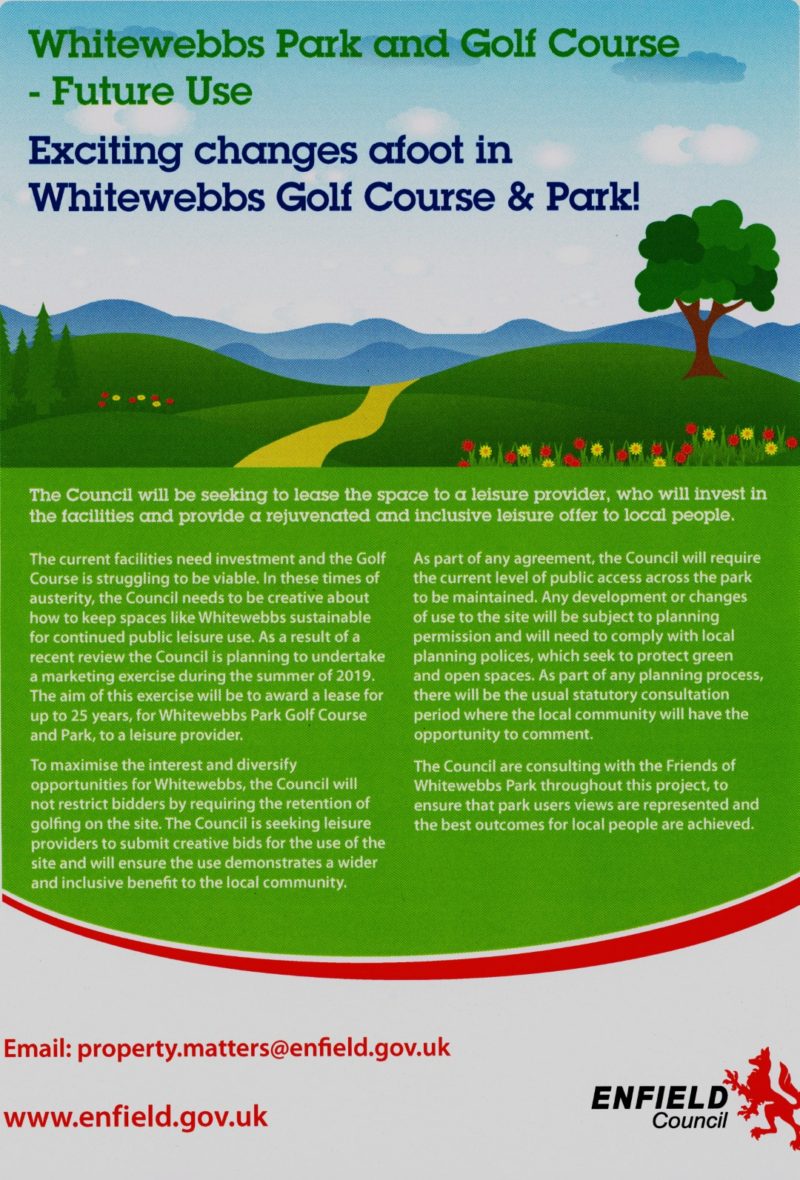 The Park – I am not aware of any park in Enfield that is expected to make a profit, or even cover its costs. Whitewebbs Park (not the golf course) is a unique part of Enfield’s green belt. Short of charging people for walking and for feeding the ducks the only way  to raise more income is to make certain facilities more attractive to the existing user base of  walkers  and runners. At present the café is not a place one would make a special effort to go to. The lessee has been highly restricted by council planning rules on the size and type of unit. According to the Knight Frank the income for the council is low.  There is hardly any shelter in poorer weather and there are no facilities  for families. It is essentially a tea/coffee bar with burgers and  a fryup menu. It is good to have something there  but it is not somewhere  one would make a special journey for.  It could be so much better – for golfers half way round the course, for muddy footed ramblers  travelling round the Loop,  dog walkers (of whom there are many), families who want to take their children  out for a day in the open and horse riders  using the bridleway. There are many examples of excellent park cafes all over London.